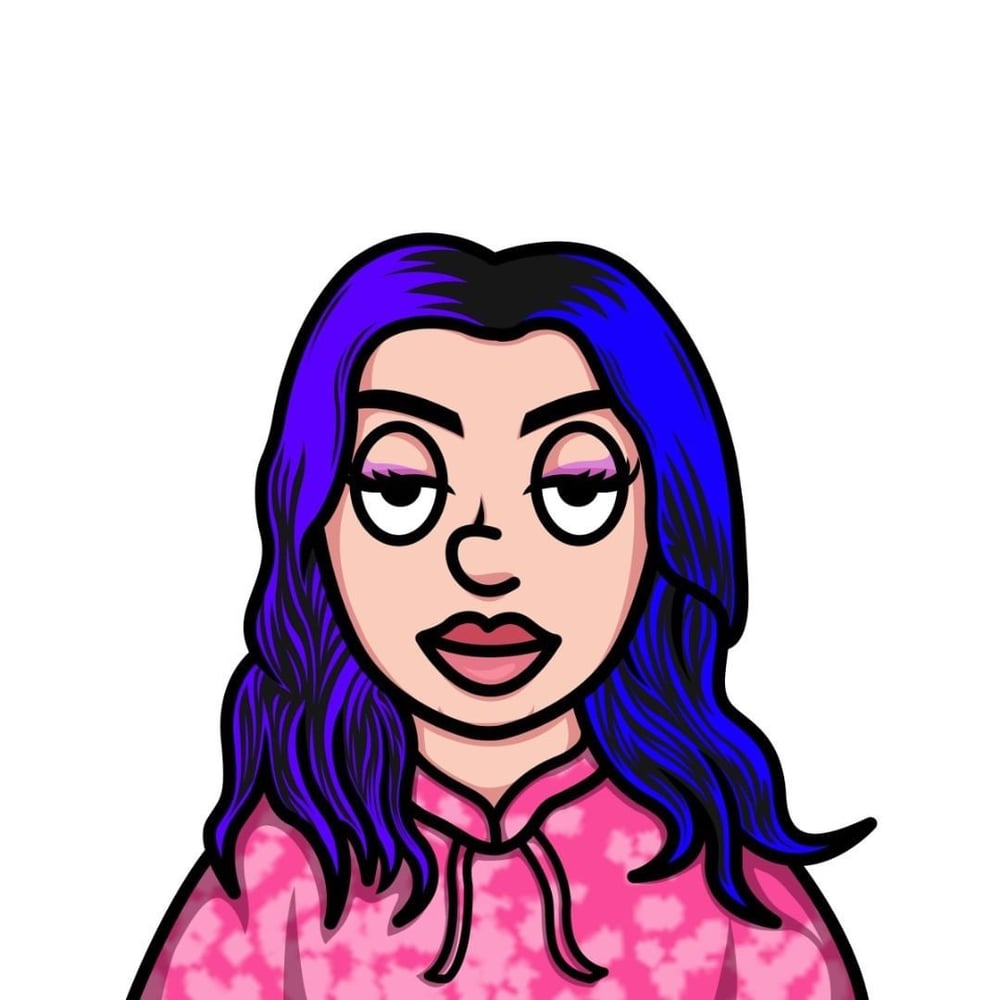 Thank you for making it this far.

In case you don't read everything & want to know what each package consist of, I will list them below:

Package 1
Includes:
• Hardcopy of the album
• Signed poster (poster will have album cover design on it)
• Photo print of your cartoon character
• • Sticker Pack (one of the stickers will a group portrait of all cartoon characters)

Package 2
Includes:
• Hardcopy of the album
• Signed poster (poster will have album cover design on it)
• Photo print of your cartoon character
• "Cartoon I Suppose" T Shirt
• Sticker Pack (one of the stickers will a group portrait of all cartoon characters)
• Button Pack
• Keychain (or other accessory)

Upon purchasing, please DM me a portrait style photo of you for the cartoon animation. No selfies, no filters. Just have someone take a photo of you sitting up straight (upper body) like you would for a school or ID photo.

Refer to sample above to get an idea how your cartoon will look.

I’m not sure if you guys have heard of NFT’s (Non-Fungible Tokens) which is basically a moment in time that is sold to someone in the form of art. Like a digital photo or video that you own, but isn’t a physical item. Very confusing, I know. But you can search #NFT on Instagram for examples.

Anyways. One day I was scrolling through different NFT’s & got an idea to do something similar, yet very different. Something unique, special & super exclusive to a very small number of people. 24. & so here it is:

• In a few weeks (December), I will be releasing a brand new album/EP that will ONLY BE AVAILABLE for 25 fans. I haven't released music in a while, so I wanted to make my "Return to music" special, and so I ONLY want to share this moment with a small audience! 🔥

Everyone who purchases the album will be turned into a cartoon character and featured on the album artwork. 🥺 & on top of that, everyone will receive a limited edition (numbered & autographed) hardcopy of the album, which will be my most rarest item so far. ❤️

- I want this EP to be a special moment in time we could all appreciate. I’ve been dealing with a lot mentally & emotionally, and I poured it all out on this project. so this EP is a reminder of those who supported me & my music through the hardest times. Remember, this album will ONLY be heard by those who purchase it, with the exception of 1 song titled, "Bye 2" which will also be featured on another album. It will also have a music video.

- We have 2 packages available.
One includes the 💿 hard copy & the 2nd package is a merch bundle...
- It will include poster of the album cover, stickers, buttons, and a limited edition T Shirt.

UPDATE: Swipe through the photos to see exactly what’s included in each package 📦

• THE ALBUM WILL BE SENT OUT IN DECEMBER! 🥰

Hope y’all like the idea...
Really looking forward to doing something original, that no one has done before! Plus giving my fans something unique & rare to show their kids 20 years from now! 🔥🔥🔥🔥